ROGER GUGGENHEIMER RECENTLY SENT ME THIS E-MAIL. HE GAVE PERMISSION TO POST IT. APPARENTLY, BECOMING BIONIC IS PART OF OUR NEAR FUTURE.

Hi Jim, I wrote you an rsvp during last summer that due to an extended knee surgery recovery, I would not be able to make the reunion. I enjoyed the many pictures that I saw online that were provided by the reunion photographer. Since discovering your website, I visit it often for new news. Anyway, after months of slow recovery, I am pleased to be able to share these two pics that were taken of me last week, Thursday April 16th, closing week at Sierra Ski Ranch, Lake Tahoe. I had gone over to snowboard with my son, who lives there. After getting a new knee, I have finally been able to resume my formerly active life. Sure does make one appreciate what you've got. 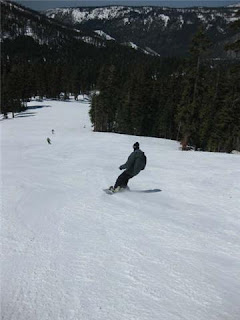 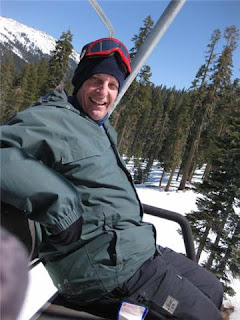 Posted by JIM RANSHAW at 8:29 AM No comments: 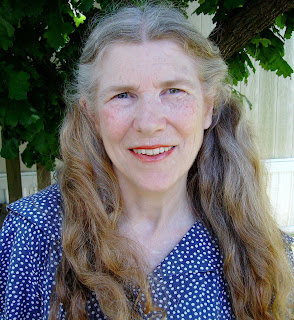 I RECEIVED THIS E-MAIL FROM KATHY AU THE OTHER DAY.

Dear Jim, I thought I would share this story with you, and if you want to post it on the blog, you have my approval. A couple of months ago, I found Kenda Vaughan on Face Book and she and I started corresponding. She said she had been in email contact with Lark Ziegler and that Lark was a preschool teacher in Texas. She offered to share Lark's email with me, so Lark and I started catching up on the last 40 years. In the course of the conversation, Lark mentioned that she and her husband had been in Kenya and Ecuador with a missionary organization,Wycliffe Bible Translators. It turned out that my sister, Doris (BHS'73) and her husband had been with the same organization for 30 years,so I casually asked Lark if she knew her. Not only did she know Doris,but Lark was Doris' son's preschool teacher in Duncanville, TX about 12 years ago! That was before my sister moved to the Washington, DC area and her son is now a high senior. Lark and Doris never revealed to each other that they went to the same high school, or that Lark and I were '68 classmates at Burbank High. The next amazing coincidence is that Lark phoned her mother on her 90th birthday last week to let her know that she had made contact with Kathy Au. Her mother said she knew my mother, Dorothy Au, because they now go to the same church in Burbank! My mother did not know Bob and Betty Ziegler's last name until I told her, or that her daughter, Lark and I were both '68 BHS grads. Lark sent her picture (above). Kathy Au Crosier
Posted by JIM RANSHAW at 3:06 PM No comments: