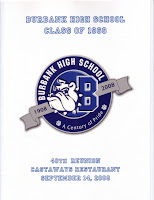 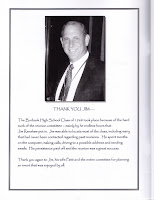 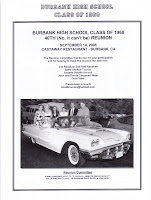 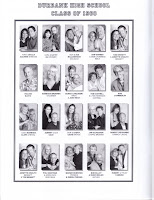 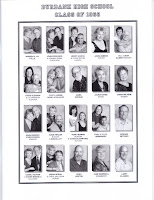 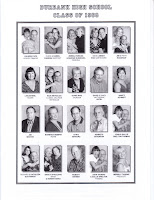 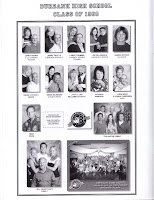 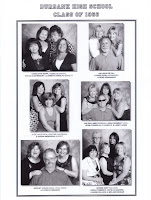 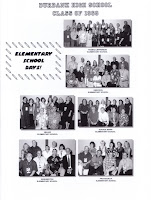 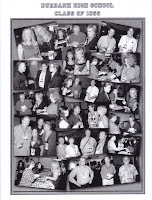 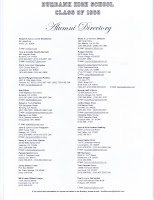 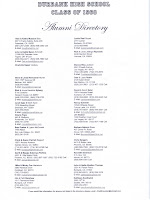 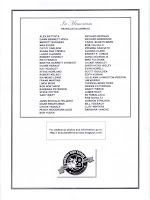 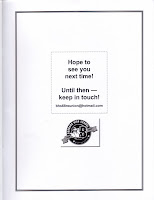 FOR THOSE OF YOU WHO DIDN'T GET A MEMORY BOOK. HERE IT IS. IF YOU CLICK ON A PICTURE, YOU WILL GET A LARGER VIEW (VERY HELPFUL AS ALL OF OUR EYES ARE SLOWLY FAILING IT SEEMS).

IT IS WITH DEEP SADNESS THAT I REPORT THE PASSING OF RANDY DURHAM.
Randy Wesley Durham, 61, died at his home with loved ones by his side, on July 11,201o. Randy was born on March 23, 1949 in Glendale, CA.
Randy served in the U.S. Army from 1973 to 1976. While stationed in Berlin, Germany, Randy met and fell in love with Carla Royer, whom he married in 1977. The couple and Randy's daughter, Terry, lived near Carla's hometown if Kuna, Idaho, until moving in 1979 to Portland, ore., where Randy worked for Crown Zellerbach/Port Townsend for 18 years.
During their time in Oregon, they had two sons, Ryan and Scott. Randy enjoyed coaching and watching his kids play sports. In 1997, the family returned to Idaho to live near friends and family. Idaho was the ideal home for Randy's love for camping with Carla's family and fishing beautiful streams. A recent highlight for Randy was the arrival of his two grandchildren.
Randy is survived by his wife of 33 years, Carla Durham, Boise, ID; daughter Terry Olweiler, Breckenridge, CO; son Ryan Durham, Boise, ID; son Scot Durham, Garden Grove, CA; and his beloved dog Buddy.
Randy is interned at the Idaho State Veterans Cemetery.
Posted by JIM RANSHAW at 3:38 PM 1 comment:

THE PASSING OF RON DANDY 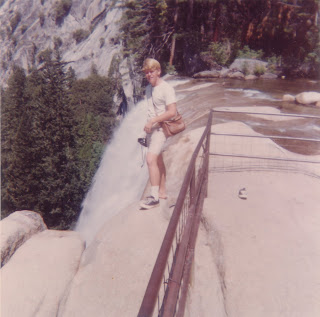 IT IS WITH A DEEP SENSE OF LOSS THAT I REPORT THE PASSING OF MY GOOD FRIEND RON DANDY. HE PASSED AWAY THIS MORNING AFTER A VERY LONG BATTLE WITH CANCER. RON WAS A VERY CLOSE FRIEND THRU JUNIOR HIGH AND HIGH SCHOOL. AFTER COLLEGE, WE WERE ROOMMATES UNTIL HE MARRIED HIS WIFE LINDA IN 1973. THE PICTURE ABOVE WAS TAKEN WHEN RON AND I DID OUR FIRST OF SEVERAL "ROAD TRIPS" TO CAMP IN YOSEMITE VALLEY. THAT PICTURE IS HOW I WILL ALWAYS REMEMBER RON.
Posted by JIM RANSHAW at 2:31 PM No comments:

MARK ERIC GROGAN PASSED AWAY FROM CANCER ON DECEMBER 19, 2009. HE WAS BORN ON OCTOBER 15, 1950 AND SPENT MOST OF HIS LIFE IN BURBANK. HE WAS VERY ACTIVE WITH THE BURBANK YMCA. THE PAST FEW YEARS, HE LIVED IN BASS LAKE, CA WHERE HE WORKED IN REAL ESTATE SALES AND ENJOYED RIDING HIS HARLEY DAVIDSON IN THE MOUNTAINS. I WAS ABLE TO SEE AND TALK TO HIM AT OUR 40TH REUNION. HE WAS FIGHTING THE CANCER AT THAT TIME AND SEEMED TO BE IN VERY GOOD SPIRITS.
Posted by JIM RANSHAW at 12:21 PM 1 comment: