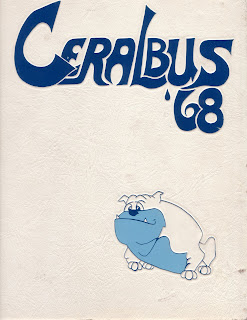 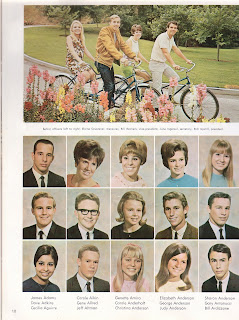 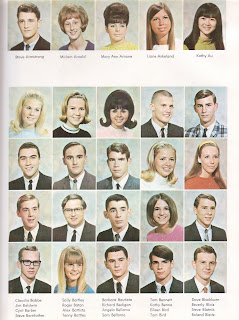 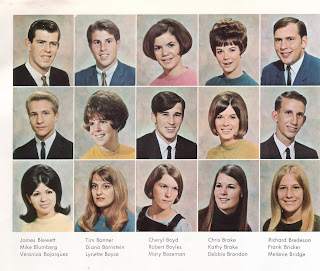 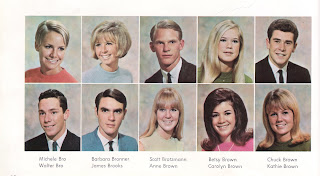 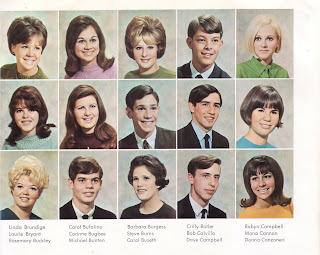 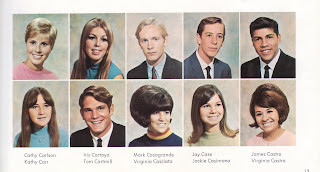 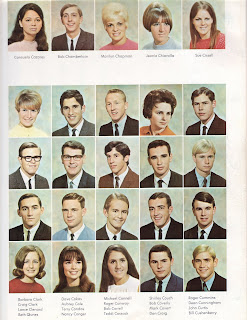 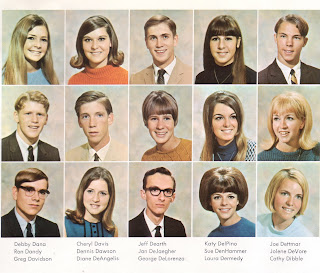 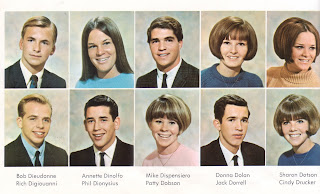 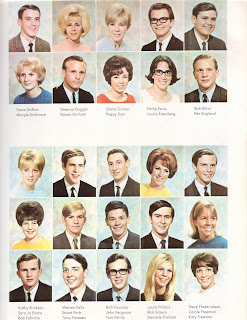 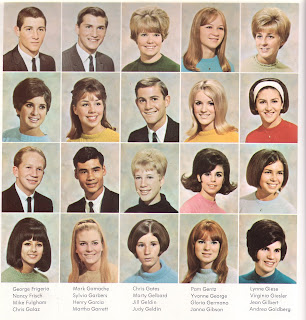 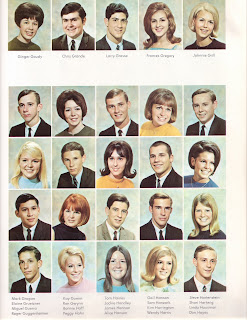 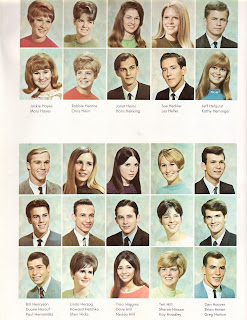 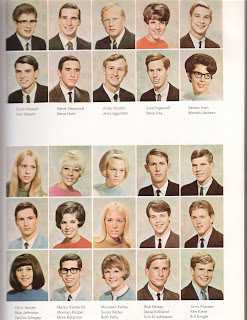 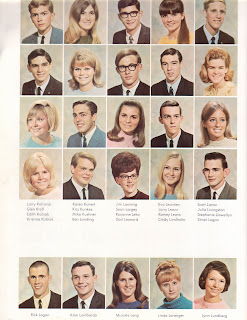 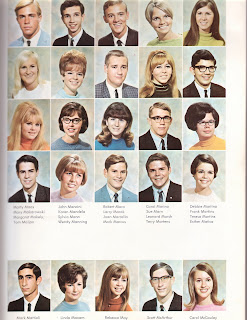 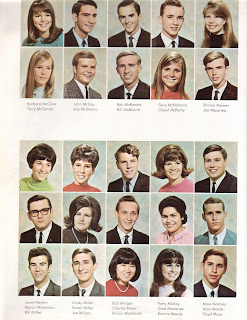 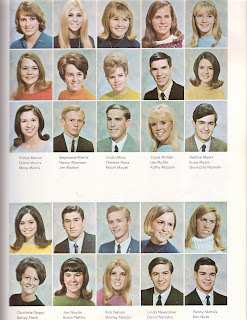 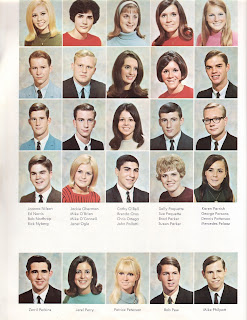 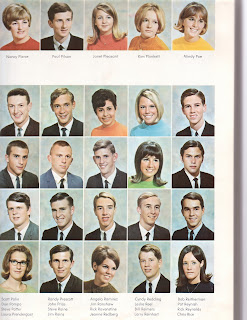 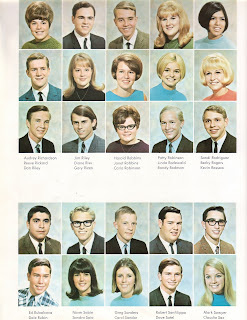 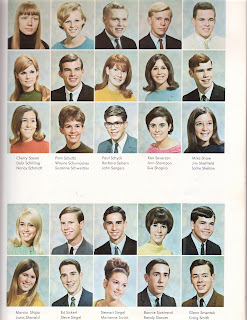 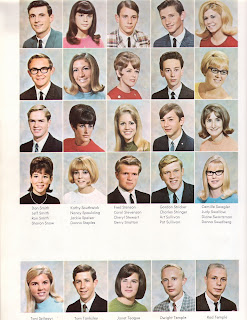 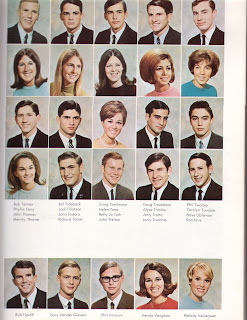 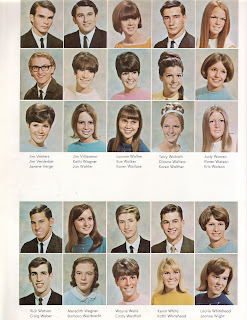 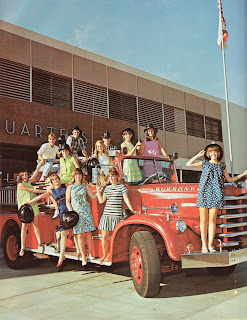 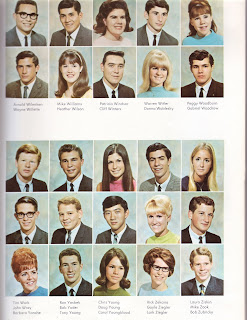 HERE ARE THE SENIOR PICTURES FROM OUR YEARBOOK. IF YOU CLICK ON THE PICTURE, YOU WILL GET AN ENLARGED VIEW. (HANDY FOR THOSE OF US WHO CAN ONLY READ LARGE PRINT.)

I simply love seeing so many familiar faces from BHS. Wonder where they are now?? (That can be another page for another time.)

Blessings to you and your lovely wife, Jim,

Thanks, Jim. This has been a monumental task. It is greatly appreciated, more than you can ever know. For those of us living in other areas of the world, this is a nice link to "home". I look forward to seeing lots of old friends, but am saddened to see that so many have passed.

Thank you Jim for the endless hours that you have put into the 1968 40th (no, it can't be) Reunion and now the blog. You are our personal detective and everyone appreciates your efforts!

Be sure to check out the BHS Centennial website - it is filled with photos and details about the events. The Alumni Information pages include a list of all those that have registered. You can also read the interviews that have been posted.

Be sure to register! Registration does not indicate your attendance, but it would be great to have the Class of 1968 to be well represented.

It was soo cool seeing all these people from so long ago:) I kept the yearbook for many years, but it finally disappeared. I was so glad to have the chance to see it and many friends again. It is amazing, but ours 68' was the best yearbook I have ever seen (with all the color pics). It really has to be the closest thing to a time machine.
Thanks again for your incredible efforts. Roger Guggenheimer, class of 68'.

I have got to say it - what a collection of handsome and pretty white kids. Some of those girls could be models.

My mom is Kathy Musson. She's just as beautiful today. :)

Mark Covert was a member of this class.
We ran on the Burbank Cross Country teams in Fall of 1965 and Fall 1966. I graduated Spring 1967. We also ran together sometimes in the 1970s in Griffith Park.
You can look him up on Wikipedia and Youtube "Running with Raven, Update Mark Covert's last run" held at Antelope Valley College in 2013. (I was one of dozens attending.)
He also has a book "Never Missed: Lessons learned from 45 years of Running"

The Fullerton Cross Country Covert Classic is named in his honor.
On the 1968 class blog it says he ran "one mile a day" for 45 years. Actually that "at least" one mile would have been when he was hospitalized and the Dr. let him use part of the Hospital for the one mile.
I remember when he ran from Burbank High to Sepulveda Pass then Sunset Blvd. to the Beach then along San Vicente Blvd. to Western Ave then Los Feliz Blvd. around Griffith Park and back to Burbank High School.

Mark was often seen with bushy hair and beard running around the city and Griffith Park which is near the movie studios. One of his legendary names was "The Wild Man of Griffith Park" I am of the opinion the running character's appearance in "Forest Gump" had some influence draw from Mark.

Mark knew and remembered my now deceased younger brother Jerry who's greatest pride was his cherished Cross Country experiences competing along with Mark and the Burbank High School team.